You know how, when you add two vectors that are of the same length, the answer vector always has an angle that is the average of the other two vectors' angles?

And you know how you can scale a vector down to have a magnitude of 1 by dividing both coordinates by its magnitude?

If you don't, think about it a little. 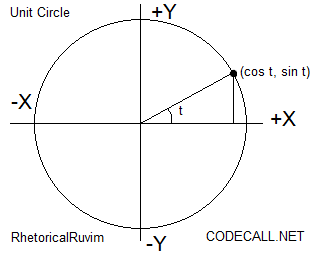 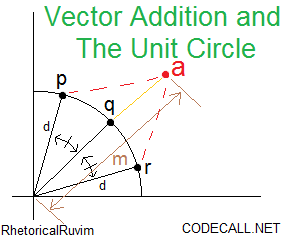 We can use this idea to approximate the cosine and sine of any number.

Each of the three (higher, lower, now) variables should, however, have three values - the x (cosine), the y (sine), and the t (theta; angle).

So here's the plan for the algorithm:

This code only works for values greater than 0 and less than pi/2, but it's possible to modify it to work for other values too. 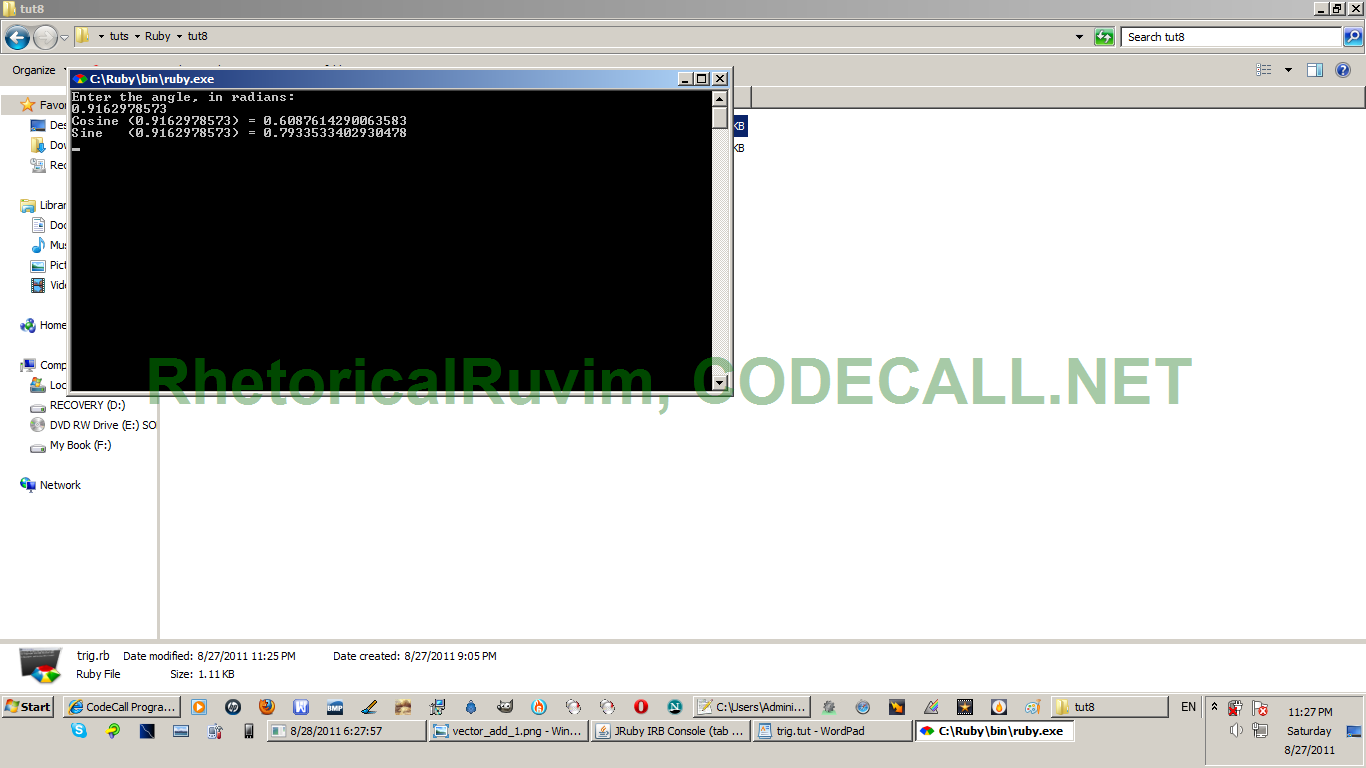 Previous Tutorial:
If...Else, For, While