What if you got the task to make a program that would say "hello" ten times? You could write 10 puts statements.

But what if you got the task to change those "hello" s to "hi" s? You would change every one of them? Okay, that's not the worst thing ever.

There is a WAY easier way to do these things, besides writing 100s of lines of code that would be hard to fix and modify.

for loops
for loops can be used in indexed loops with a starting index, start, and an ending index, stop.


There's also the break keyword, which tells ruby to break from the loop (meaning, stop the loop).

For example:
The above code should ask the user for a password, and while the password is not equal to "the_pasword" , the loop would continue.

if...else statements
If the condition, condition, specified is true, do whatever's specified. Else, do something else. 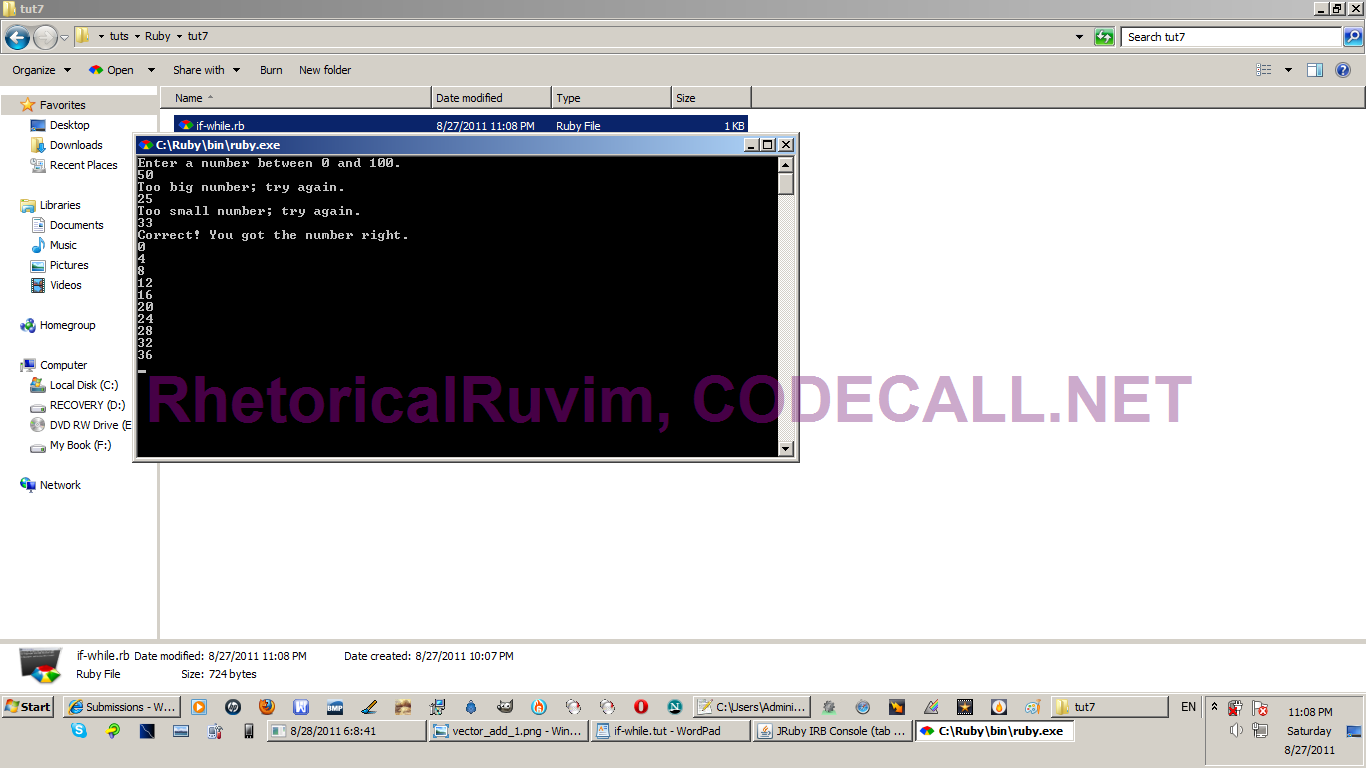