3 replies to this topic

Let's work with point vectors, this time. First of all, what is a vector? A vector could be a quantity with magnitude and direction; but for some reason, a lot of the times, vectors are represented by points.

Vectors
Vectors are supposed to have magnitude and direction; why should they be represented by points? They don't necessarily have to be; there are these things called polar coordinates.

There could also be 3D polar coordinates, I think, but they're more complicated and we won't go over those, here.

Even though polar coordinates are nice, we'll use the point type of vectors for this tutorial.

Let's say
and let's use this type of vector access:
So when we need to access a vector's X, we do this:
So let's take a look at some vector operations.

and (c, d), we just need to add the corresponding values; so (a,

So, let's write the function for adding a and b:
Vector Subtraction
To subtract one vector from another, we need just to subtract the corresponding values; sort of like this: (a,

Okay, now the code:
Vector Multiplication By Scalar
All we have to do to multiply a vector by a scalar, is multiply each value in the vector by that scalar.

A scalar, by the way, is just a number.

The code:
So, now the example program. 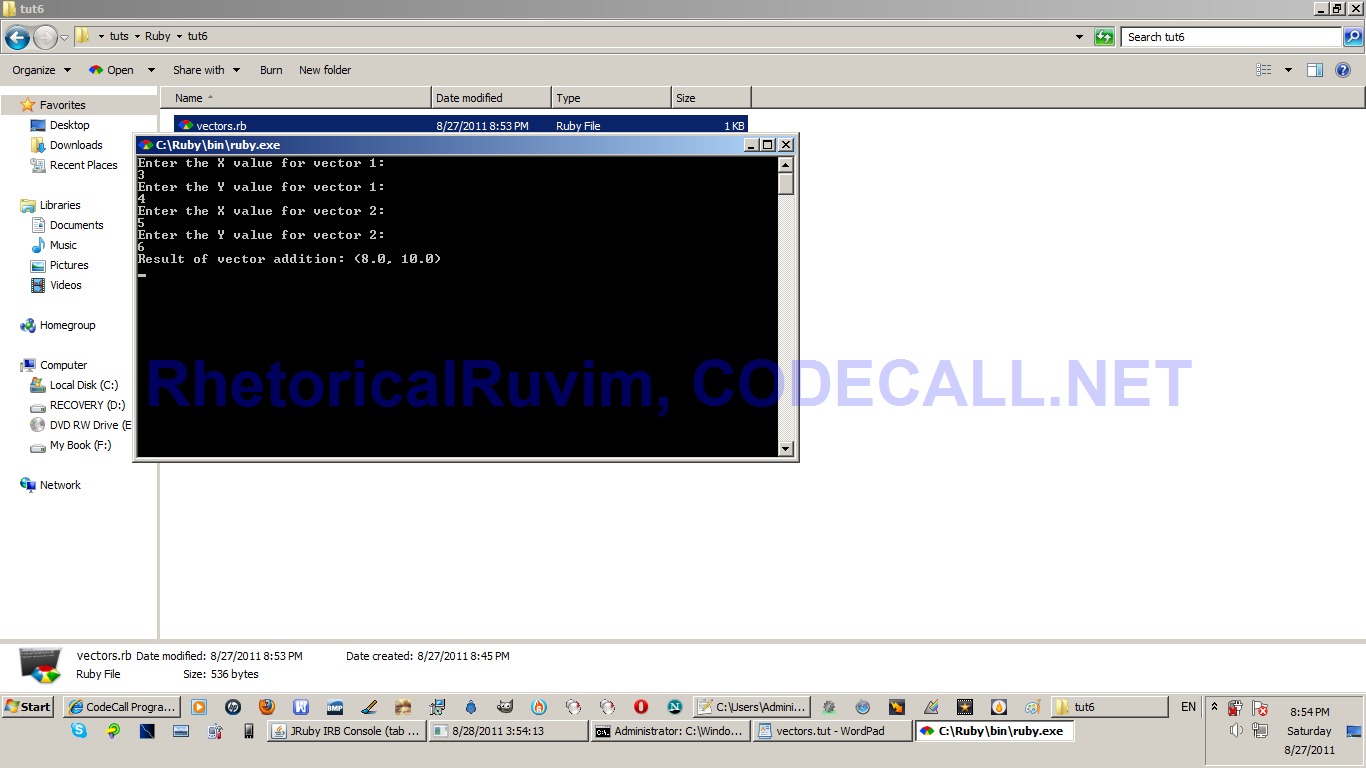 Next Tutorial:
If...Else, For, While

Neat, what if you wanted to extend these functions to work for vectors with any number of elements?

How would you modify the add function to do this?

What if you want the add function to be able to add any number of vectors together. How would you do that?

What about cross products?

Sure. I don't know what you meant by "cross products" but the rest of the questions I worked on here:

You can simplify the add function slightly. Why did you choose to manually calculate c[0] when you can let the loop do this...


Just start the loop at zero instead of 1.


Also you don't know about cross products? The dot product operation gives you a scalar as the result. The cross product which is also known as the vector product gives you a vector as the answer. The vector that is produced when you do a x b (read a cross

is a vector that is perpendicular to both a and b. In the general case this is a very complicated function to implement. Cross product is calculated using determinants. One method to calculate this is to use a cofactor expansion.

One practical use of this is determining if an object is inside a region.

Back to Ruby Tutorials