In this tutorial, we'll learn about classes.

Oh no! It's not even September yet, and we already have to go to class? No, classes in programming are different from classes at school.

A class is basically a format for a type of object. Classes can have functions and constants. Instances of classes usually have variables.

Defining A Class
To define a class with name name, you just have to type this:
Simple, huh? But you can also define functions withing a class.

To define function fxn inside our class, we just have to define the class with the function:
Let's try making a class that would say hello.

Now here's how we use the class:

We make a new instance of that class and assign that to a variable:
Then we use the class's function:
That code should print "Hello World!"


We Can Use More Than One Instance Of A Class
Let's use the same class.

What? But...we used different names for the different classes; what's with that?

There are two (if not more) problems with using global variables like that.


So what should we do? Well, there are these things called instance variables.

Instance variables can't be accessed outside the class.

They are defined like local variables, except that there needs to be a leading '@' symbol in the variable name, in any reference to that variable.

So to set an instance variable, with name name and value value, we do something like this:
Our New Class

Okay, let's now use that class.

Make instances of the class:
Now let's use the say() function:
The output, now, should be "Hello Andrew!\r\nHello Barney!\r\n"


Sometimes it might be useful to define constants for a class.

Class Constants
A constant is kind of like a variable, except that it doesn't change, over the course of the program's execution. So once you define a constant, you can't change it.

So why not just use variables?

Well, you can, but how is code outside the class supposed to access them? You could use functions, but if the return value's not going to change anyway, why not just use a class constant? (Calling a function usually takes more time than using a value from a constant.)


This code would print "1" to the screen:
So would this code:

We wouldn't use constants in our example program, but I think you got the point. 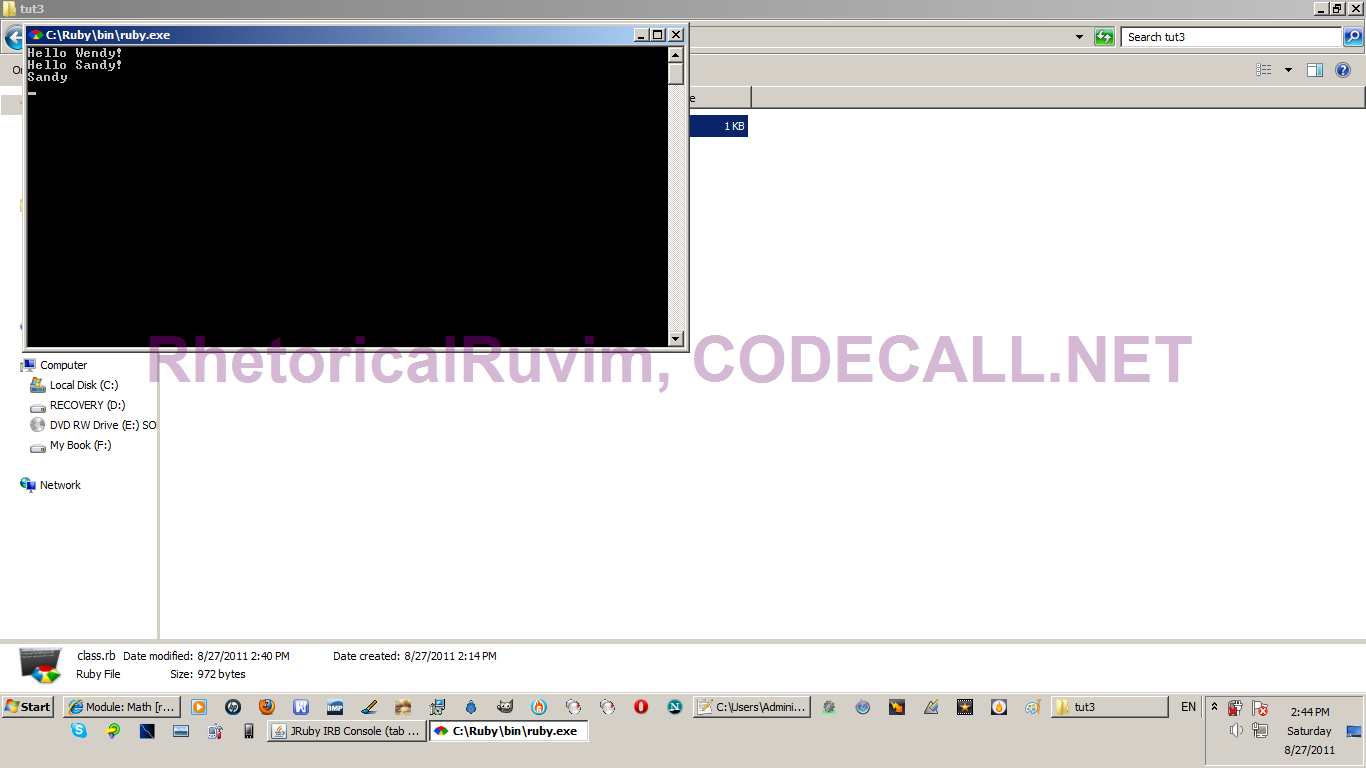 Next Tutorial:
More About The Language