Ruby is a high-level language that is usually interpreted, and not compiled.

In other words, a compiler makes source code more readable for the machine, while an interpreter runs the source code on-the-spot.

The Tools
Let's take a look at what tools we would need.


If you want to use the Ruby Installer, go to RubyInstaller.org Downloads. 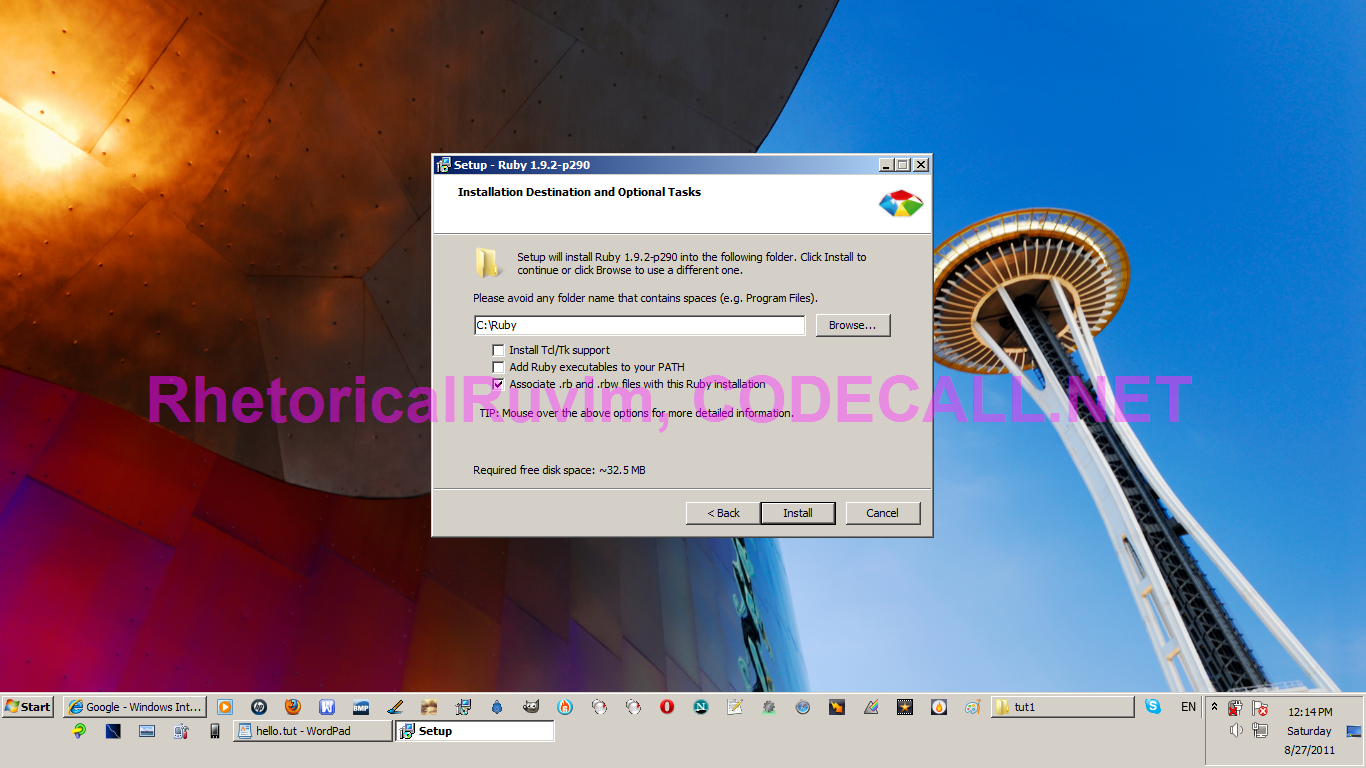 It might also be a good idea to associate the .rb and .rbw file exensions with the Ruby Interpreter.

That tells the server that the interpreter for this script is at that path.

The Plan
Okay, it's time to get to the example program. Here's the plan:

Let's go over what we'll do, to achieve the plan above.

A Little About The Language
Functions, in Ruby, don't have to be called with parentheses around the arguments, as long as it's understandable what's happening.

So first of all, there's the 'puts' function; it means 'put string' .

There's also the 'gets' function; that means 'get string' .

The gets function gets a string from standard input, until the first carriage return character, and returns that string.

Besides puts() there's also print(), which sends its parameter to standard output, but does not append a new-line character sequence to the output. So PRINTing "hi" would really print "hi" and not "hi\r\n" .

And another thing, before we go on to the code, strings, in Ruby, are represented by either single- or double-quotes.

The Code
Here's the code:
And that's it!

sends "Hello World!\r\n" to the standard output and waits for the standard input (in this case, for a return key press). 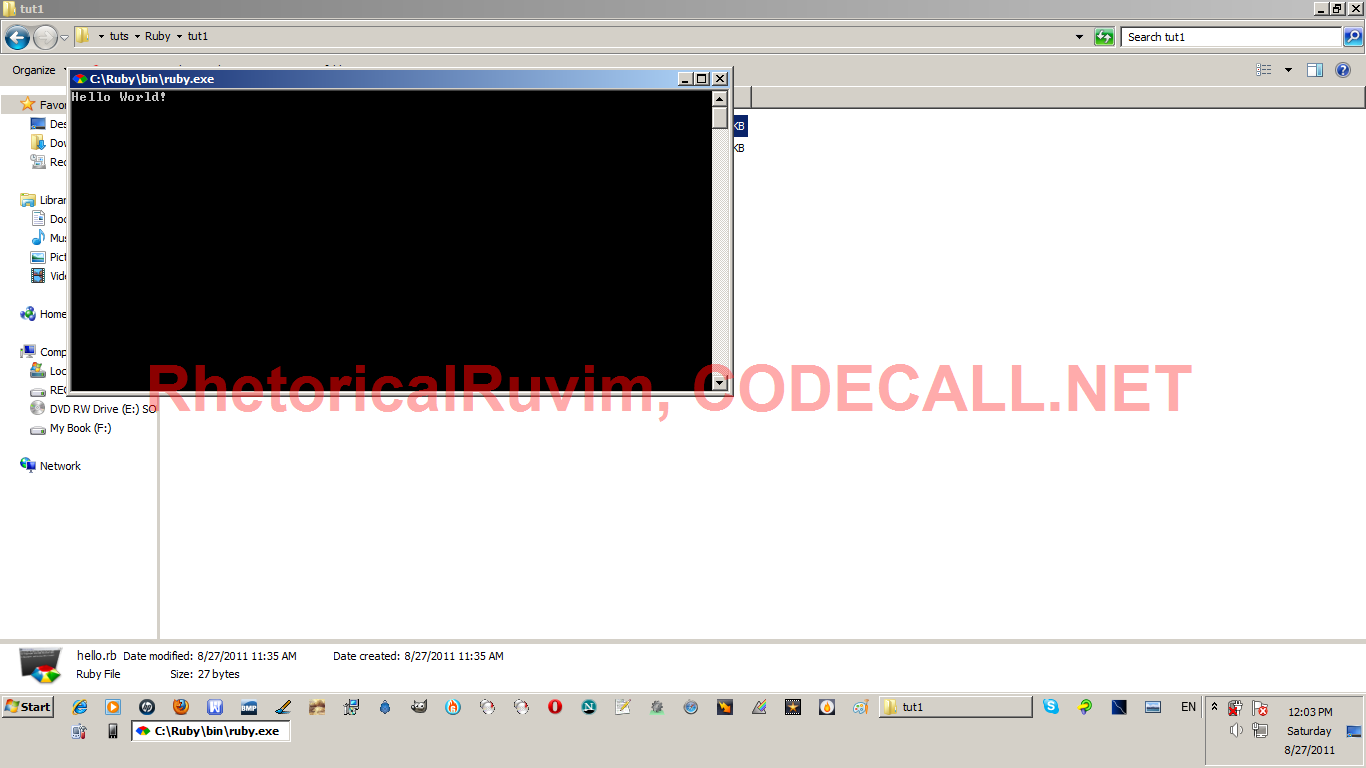 First Tutorial:
This is the first tutorial.

Next Tutorial:
Variables and Functions

Also tagged with one or more of these keywords: hello world