In the last two tutorials, we started working with arrays, which are basically lists. This time, we would work some more with arrays.


More Array Algorithms
We will look at two more algorithms that deal with arrays - element count and element reverse.

Element Count
This algorithm will only work for arrays of pointers - whether they point to integers or strings. These sorts of arrays have a NULL terminator element after the last element - kind of like the NULL terminator byte in a string. A pointer can't be NULL (0), so we can use that fact to know whether it's the end of the array, yet, or not.

The Idea
The idea is to loop through an array and stop at the NULL element. We also keep count of the number of elements we pass by, as we go through this loop.

Element Reverse
This algorithm reverses the order of all the elements in an array. From a higher level perspective, this algorithm can also be used to reverse all the characters in a string, or any other type of array.

The Idea
Here, we have to have two (2) pointers to keep track of two elements of the array at a time. We initialize the first pointer to the beginning of the array, while the second pointer should start out with the last element of the array.

More Array Algorithms - The Code
Here's the code for the two new functions - reverse_array() and count_array():

Example Program
Now let's use the functions we just defined.

The Plan
We have an array of pointers to strings.

The Code
One thing to note: we'll save all the functions we have so far in their own include files; that way we don't have to re-define those functions every time, but just include the files that have those functions. 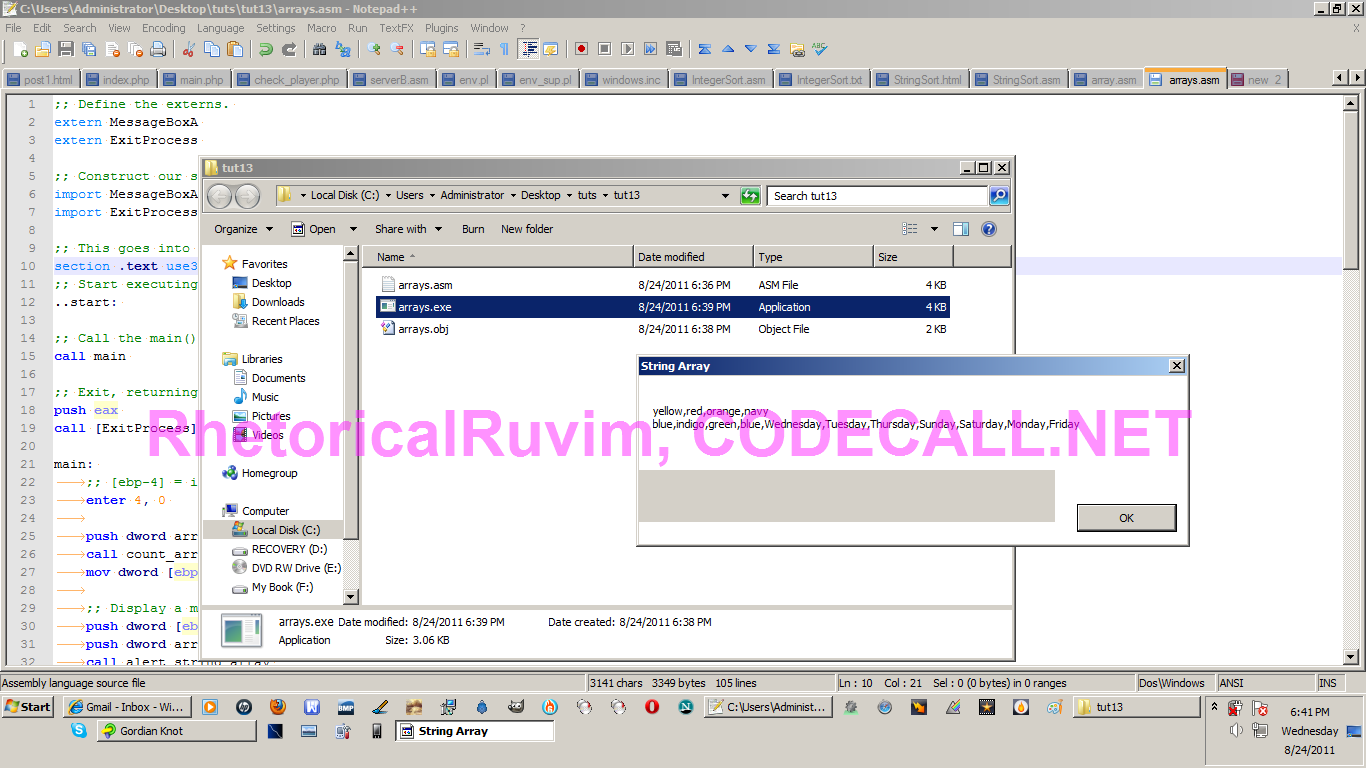 Recommended for you: Get network issues from WhatsUp Gold. Not end users.
Back to Assembly Tutorials

Also tagged with one or more of these keywords: array, assembly